With a great deal of help, I put together an IT leadership development program – Central Ohio IT Leaders.org – in 2017 for aspiring CIOs in Central Ohio.  The following message is my effort to share what I’ve learned from the tremendous CIO guest speakers that have presented as part of the program. Central Ohio IT Leaders.org is a peer group that meets monthly to network, discuss ideas, learn from experienced speakers, and establish collaborative relationships with the goal of nurturing the next generation of Columbus IT leadership. Several times throughout the year, the peer group will host CIOs as guest speakers to discuss various aspects of IT leadership. The following lesson learned is based off of my interpretation of a recent presentation by Bruce Barnes, a very well respected educator in Central Ohio, most well-known for his continuing professional development series CIO Solutions Gallery.  I met Bruce in 2005 while I was at Platform Lab, but got involved with his CIO Practicum/Solutions Gallery events about the time I moved to Expedient in 2011. The content and the speakers at the CIO Solutions Gallery are outstanding, and I learn each time I attend.  If you are in IT leadership, it is well worth investing your time in participating in these sessions. His presenting partner, Thornton May, will often ask very difficult questions that the attendees will work through in small groups.  The working groups are very different from event to event and that is one of the best parts about attending – working on hard questions with very smart people with different viewpoints. During 2018, the theme of the CIO Solutions Gallery series was Leadership, which worked very well for Bruce’s presentation.

Change is hard, it is daily, and it is constant. It causes stress and it is essential to survive.

As industry leaders, we do not have to predict the changes the future will bring, but we do need to prepare for them.  It is great to be right, but the key is to be ready! Bruce believes that there are four key aspects to understanding change:

I could discuss this point forever. Perhaps the best quote Bruce called upon in this class was about those that look to stifle change: ” “If it ain’t broke, don’t fix it” is the slogan of the complacent, the arrogant or the scared. ” – General Colin Powell For what it is worth – my favorite rock & roll lyric is in the same vein:  “Changes aren’t permanent, but change is.”  -- Neal Peart, Rush In next week’s post, I will share another lesson learned from Bruce Barnes as he discussed the hard truth about Leadership at a recent Central Ohio IT Leaders.org meeting. If you’re interested in discussing the IT Leaders program, digital transformation, cloud technology or how to get involved with Central Ohio’s IT community, please reach out to me at steve.gruetter@expedient.com. 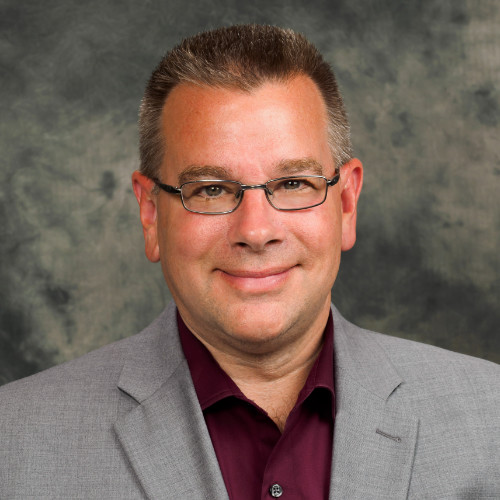