Columbus Is Recognized as a Top 7 Intelligent Community

The Intelligent Community Forum (ICF) recently released its listing of the “Top 7 intelligent communities of 2013” and only one U.S City made the list: Columbus, OH.

Is this a surprise to you? Out of all the cities in the U.S, all the areas that could have been recognized for their advancement and innovation, Columbus has the honor of representing the United States.

Of course at Expedient, this really did not come as a surprise. When we selected Columbus as a location for one of our eight-strategically located data centers, we were looking for a community that offered more than just low-risk geographical appeal. For years the city has been a hub of progress and development, serving as a knowledge center in the areas of tech and STEM. And what we noticed was an opportunity for Expedient to be at the center of this change. Just like the data center and managed services industry is evolving, the city is evolving. Couple this with the fact that a year ago Forbes named Columbus as one of the fasted growing tech cities in the U.S, and Columbus becomes the perfect place for us to call home.

Columbus received this long deserved recognition based on an expansive list of criteria, including:

• Expansive opportunities in the areas of STEM growth and development

Bryan Smith serves as Chief Strategy Officer at Expedient and brings more than 21 years of experience in the Telecommunications and Technology industries to his role. He oversees strategic growth planning and business development for Expedient. Bryan was one of the initial employees of Expedient in 2001 and has been instrumental in identifying expansion/acquisition opportunities within the Pittsburgh, Boston, Columbus, and Memphis markets. 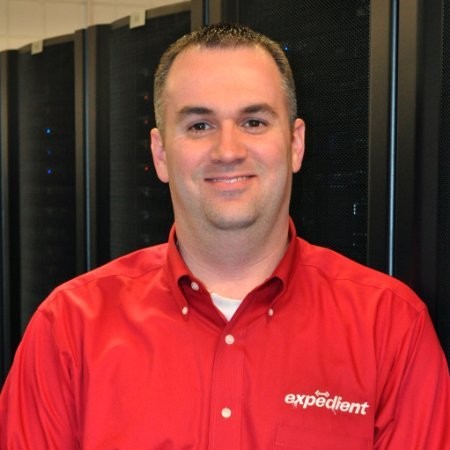